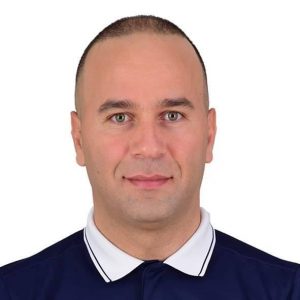 Tarek Ziadna completed his PhD at the University of Wisconsin-Madison in 2018, majoring in African Languages and Literature with a minor in Second Language Acquisition (SLA). His research focuses on Arabic (socio)linguistics, Arabic dialectology, language contact/conflict in the Maghreb, Arabic language and culture, SLA, and pedagogy.

Ziadna has over nine years of experience teaching Modern Standard Arabic at beginner through advanced-low levels. He also taught colloquial Algerian Arabic at UW-Madison, which was offered for the first time in the history of his department, and authored an e-textbook manuscript, Introduction to Algerian Arabic, to teach it.

Ziadna received teaching awards including two student-nominated University Housing Honored Instructor awards, consistently excellent teaching evaluations, and positive reports from observers. Ziadna loves writing. He regularly writes journals and diaries, both in English and Arabic, and posts them on his Facebook page. He writes mostly about his hybrid experiences and how he navigates between the various cultures presented by his native Algerian culture(s) and the host culture(s).